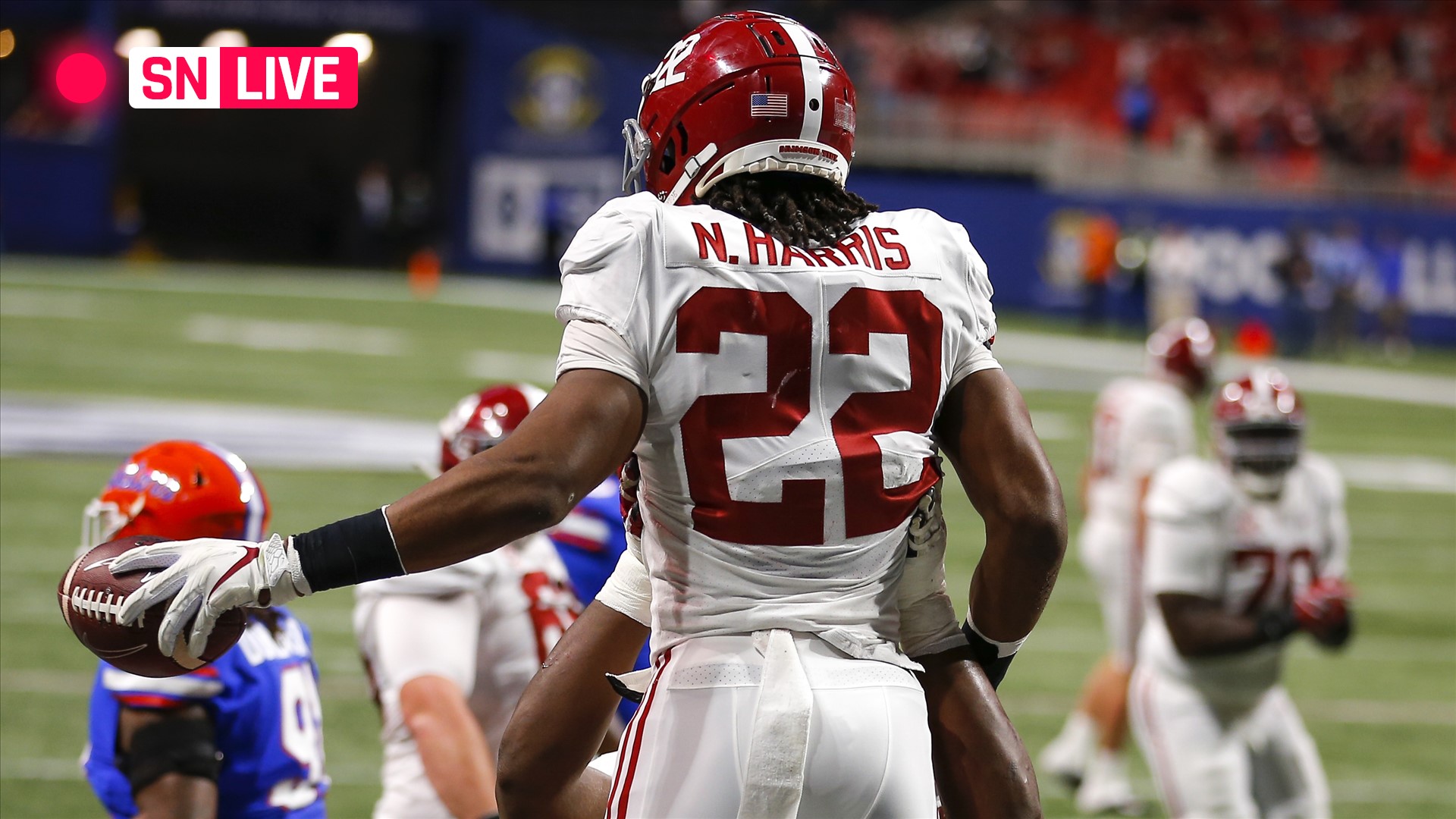 No. 7 Florida might have been caught looking ahead to Saturday night’s SEC championship game against No. 1 Alabama when it lost to unranked LSU last weekend, an outcome that may have ended its College Football Playoff hopes regardless of its conference final result.

But that doesn’t mean its showdown with the Crimson Tide will mean any less to a team that could still make it at least 10 wins in three straight seasons for the first time since the late 1990s. The Gators (8-2), who still believe they would be in the College Football Playoff with a victory, are also interested in playing spoiler to Alabama’s bid at a perfect season. The Tide (10-0) last went unbeaten in 2009.

There are Heisman trophy contenders on both sidelines. Florida has record-breaking quarterback Kyle Trask and Alabama has the prolific combo of passer Mac Jones and receiver DeVonta Smith.

Alabama holds a streak of six consecutive wins over Florida.

Sporting News is tracking live scoring updates and highlights from Alabama vs. Florida. Follow for complete results from the 2020 SEC championship game.

10:54 p.m.: Jones makes a much-needed 20-yard completion to John Metchie. One play later, Harris hurdles his way for a first down of his own.

10:44 p.m.: Trask is making the QB draw work to his advantage today. It’s been a key tool on third downs.

10:37 p.m.: Fumble! But Florida recovers. What would have been a brutal giveaway inside its own 15 on a backfield strip turns into a non-issue.

10:27 p.m.: Florida’s drive stalls near midfield. The Gators do manage to pin Alabama at the 9 with their punt.

10:24 p.m.: Defensive pass interference is called against Tide linebacker Dylan Moses, who was forced to drop deep in coverage.

10:22 p.m.: Alabama keeps the offense on the field for fourth-and-three and doesn’t pick up the first down. The Gators have come out of halftime hot.

9:45 p.m.: TOUCHDOWN, Alabama. Harris gets his third receiving touchdown and fourth total touchdown of the first half. 35-17, Tide.

9:40 p.m.: With one minute remaining in the half, Alabama is trying to add to its lead rather than run out the clock.

9:26 p.m.: And now Alabama converts on fourth-and-inches with a bit of trickery. The snap went to Miller Forristall for a rush up the middle while Jones looked to the sideline feigning confusion in a bid to distract Florida.

9:18 p.m.: Florida had Brian Robinson Jr. stopped in the backfield on the third-and-short, but Robinson managed a second burst to move the chains. Poor tackling work from the Gators.

9:13 p.m.: Florida punts. If the Gators don’t get a stop here, it’s difficult to see them getting back into the game.

8:37 p.m.: Alabama gets a big break. Jones throws an interception on third down, but Trey Dean III fumbles the ball back to the Tide on his return attempt. Dean was slow to get up after the play.

8:28 p.m.: TOUCHDOWN, Florida. Trask lobs a deep throw to Kadarius Toney, hitting the speedster in stride for a 51-yard score. 7-7.

8:24 p.m.: Kyle Trask completes a tough pass in traffic to Kyle Pitts, the leading receiver for the Gators.

8:19 p.m.: TOUCHDOWN, Alabama. Najee Harris is too strong to bring down. His scoring run puts him ahead of Derrick Henry and Mark Ingram for the school rushing touchdown record at 43. 7-0, Tide.

8:18 p.m.: Smith stretches for a first down as he tumbles out of bounds following another catch.

The 2020 SEC championship game between Alabama and Florida begins at 8 p.m. ET. It will be held in Mercedes-Benz Stadium in Atlanta.