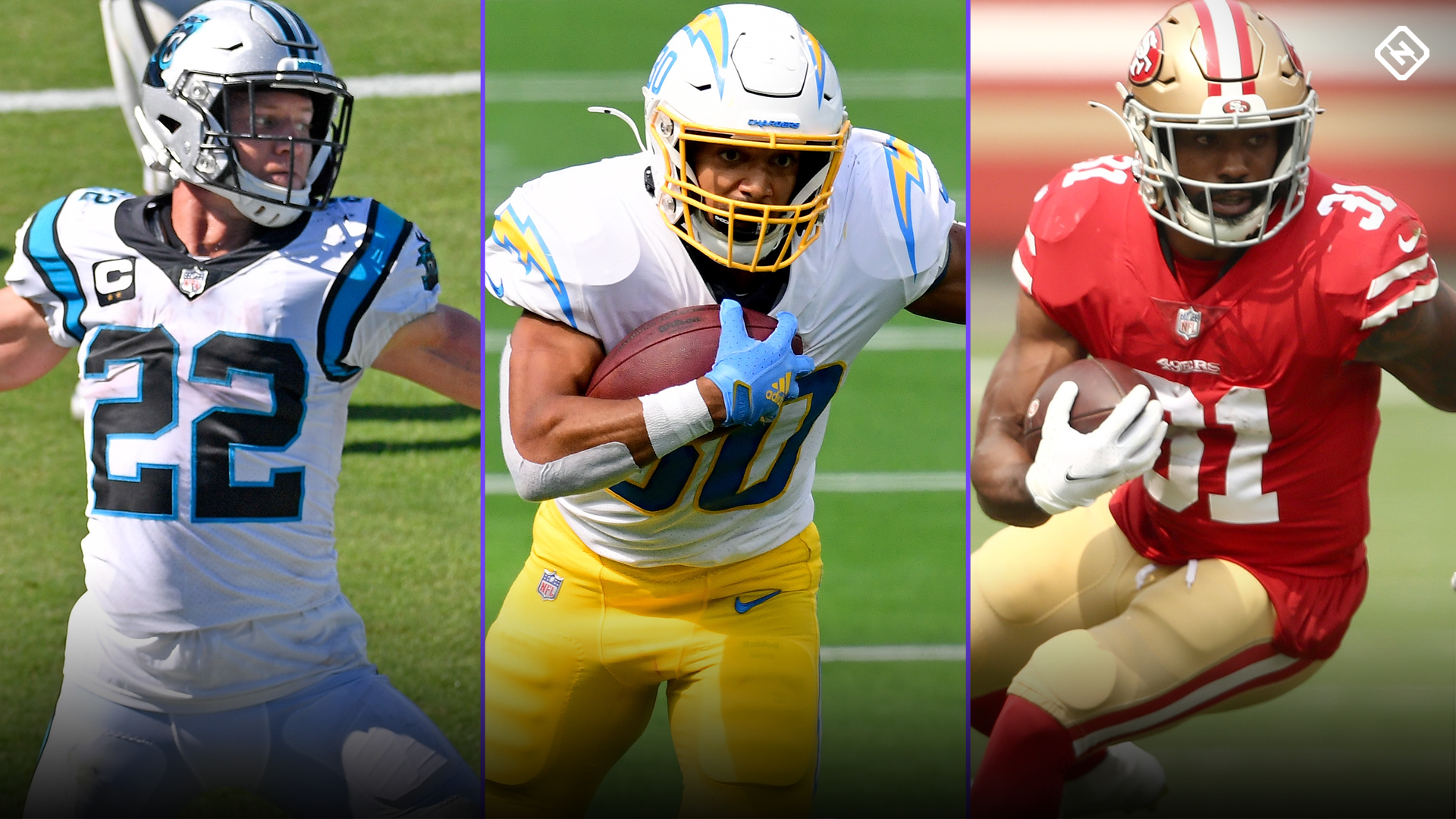 Christian McCaffrey, Austin Ekeler, and Raheem Mostert have all missed extended periods of time with injuries this year. McCaffrey returned from an ankle injury in Week 9 only to go down with a shoulder injury and miss two more games. Meanwhile, Ekeler (hamstring) and Mostert (ankle) have both played in four games each while dealing with their injuries. Fantasy football owners will need to know how each of these players is doing to make key start ’em, sit ’em decisions as they fight for the fantasy playoffs. Here’s how these injuries impact our Week 12 RB rankings and potential waiver wire pickups.

Is Christian McCaffrey playing this week?

McCaffrey (shoulder) is still being considered “week-to-week” with the injury he suffered in Week 9 against the Chiefs, but a return in Week 12 doesn’t seem promising. According to ESPN’s Adam Schefter, McCaffrey is unlikely to play against the Vikings. If McCaffrey does sit out, his next chance to play for the Panthers will be in Week 14 after the Panthers’ bye.

With McCaffrey likely out again, Mike Davis will get another start for the Panthers in a solid matchup against the Vikings. Davis has averaged 16.8 touches per game for 75.5 yards since Week 3 and has found the end zone five times in that span. He can be trusted as a mid-tier RB2 but will have RB1 upside, especially if Teddy Bridgewater (knee) can return to action.

Is Austin Ekeler playing this week?

On Nov. 12, Ekeler (hamstring) issued a message to fantasy owners via his personal Twitter account: “The time draws near.” On Monday night, he posted another video that said “all the rehab boxes are checked” and showed him lifting weights. And in a recent Twitch stream, he confirmed that he was targeting a Week 12 return against the Bills.

Despite Ekeler’s optimism, Chargers coach Anthony Lynn, when asked about the possibility of Ekeler returning, said that “it would be nice” but didn’t offer much more than that, per Fernando Ramirez of Sports Illustrated. That should indicate that Ekeler may be questionable heading into this game and that both parties will have to be on the same page before Ekeler makes his return.

Ekeler’s status will surely be something to watch in the coming days. If Ekeler plays, he can be considered a potential top-15 RB in standard and a sure-fire RB1 in PPR. If not, Kalen Ballage will continue to lead the Chargers’ backfield with Ekeler and Justin Jackson (knee) out. Troymaine Pope and Joshua Kelley will also factor into the mix, but Ballage will handle a bulk of the work if Ekeler needs another week to heal.

Is Raheem Mostert playing this week?

During the 49ers’ Week 11 bye, coach Kyle Shanahan confirmed that he was “hopeful” that Mostert (ankle) would return to action along with a few other 49ers players that had been dealing with injuries, per NBC Sports Bay Area’s Matt Maiocco. That’s a good sign that Mostert should be able to return soon whether it happens this week or next.

Mostert is on IR, so he won’t have an official practice status this week. Still, his participation will need to be watched as the 49ers could designate him to return from IR this week. If Mostert returns, he will lead the 49ers backfield while either Tevin Coleman (if healthy) or Jerick McKinnon serves as the top complement to him. If Mostert is out, we’ll see a lot of McKinnon once again, but at this point, it would seem that Mostert is trending in the right direction.