Justis Huni vs Arsene Fosso: When is it, how to watch, who is fighting 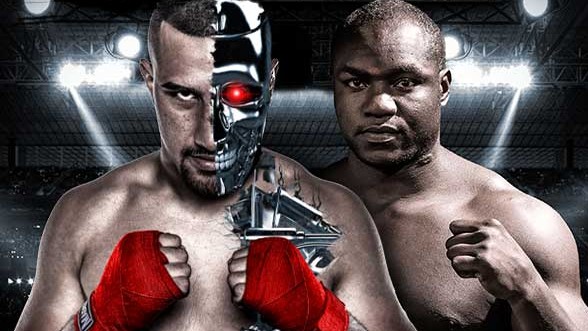 Rising star Justis Huni is back in action this Thursday defending the Australian heavyweight title against Arsene Fosso in Brisbane.

Huni created boxing history when he won the belt in his professional debut with a seventh round TKO win over Django Opelu in October.

The fight headlines a stacked card, with Shannon O’Connell, Issac Hardman, Tej Singh and Ben Kite all set to fight.

Here’s everything you need to know about Huni-Fosso.

WHEN IS JUSTIS HUNI FIGHTING?

HOW TO WATCH JUSTIS HUNI’S NEXT FIGHT

The fight will also be available on Kayo. Sign up here!

All fighters have made weight at the weigh-ins at Fortitude Music Hall in Brisbane.

WHAT TIME IS JUSTIS HUNI FIGHTING?

Expect Huni and Fosso to step into the ring at around (AEDT) 9-9:30pm

WHO ELSE IS FIGHTING? HUNI-FOSSO UNDERCARD

It’s a good one. Here’s the full card.

Huni has just one professional fight under his belt so far, so his record is 1-0 (1KO).

He is 18-3 (1KO) in the amateurs, having most recently fought in March in Qatar, where he earned selection to the Tokyo Olympics.

Fosso is 3-0 with three knockouts after debuting in April 2019.

He went 6-5 as an amateur fighting for Cameroon and made it to the quarter-finals of the Gold Coast Commonwealth Games in 2018.

HUNI: I’M GOING IN THERE TO DO WHAT I LOVE, AND THAT’S BOX

We caught up with Huni for a chat this week. The relaxed 21-year-old talked us through what his debut was like and what he hopes to achieve in boxing.

Check out a link to the story here, or watch the full interview below.

‘The Headsplitter’ has all the respect in the world for Singh, but has been engaged in a running battle with his coach, Gerry Murphy, over the past 12 months.

Check out what he had to say here.

JUSTIS HUNI HAS ONE EYE ON THE OLYMPICS

He’s completely focused on his nascent professional debut at the moment, but Justis Huni still has one eye on the Olympics as well.

Huni is one of Australia’s brightest gold medal prospects, but had to put his dream on hold due to COVID-19.

Read more about it here.