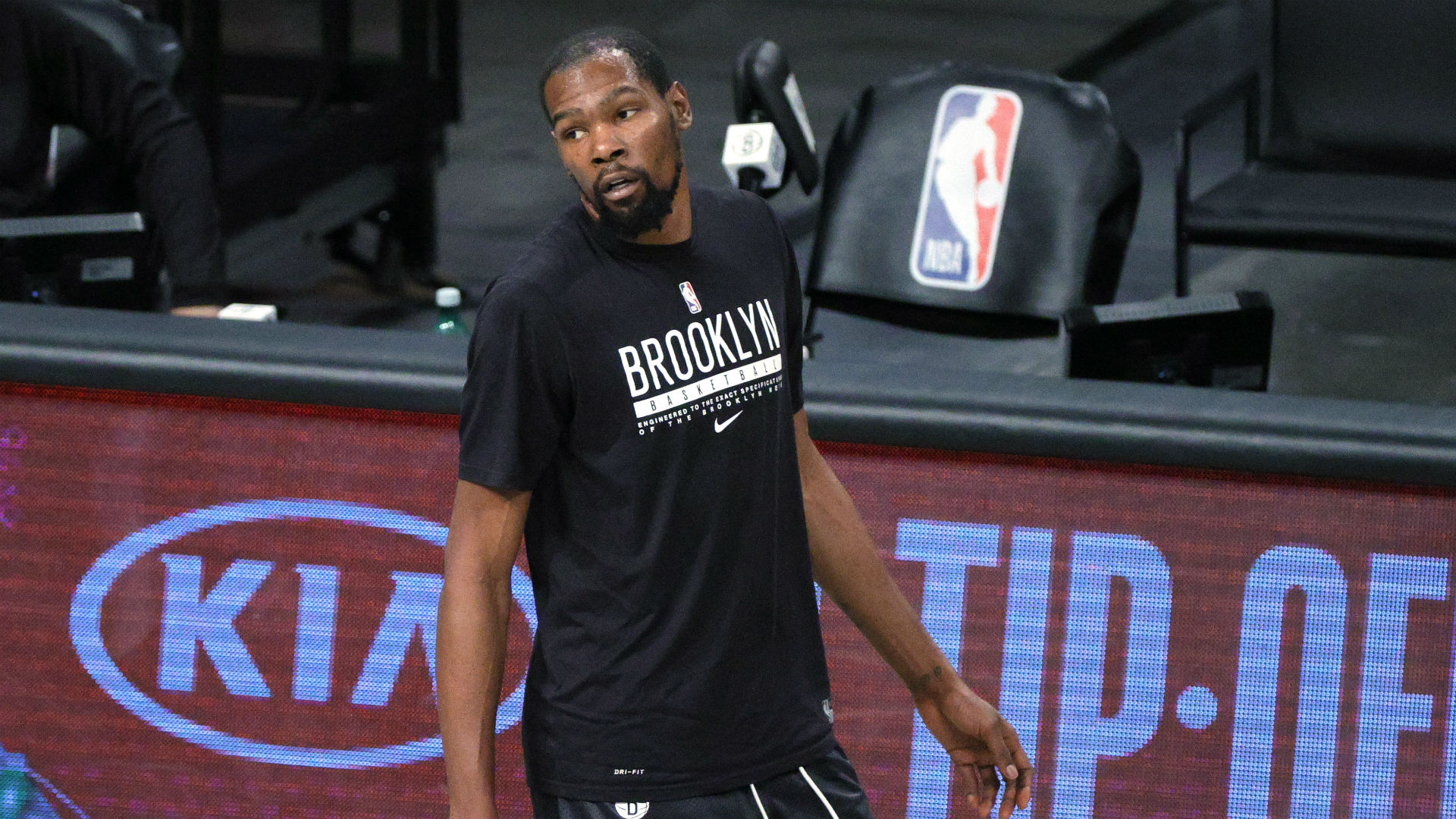 The NBA’s Opening Night matchup between the Warriors and Nets didn’t provide much entertainment, but Kevin Durant’s postgame interview sure did.

Following Brooklyn’s 125-99 victory over Golden State on Tuesday, the “NBA on TNT” crew caught up with Durant, who scored 22 points in his first meaningful action since he suffered an Achilles injury during the 2019 NBA Finals. The two-time Finals MVP didn’t seem all that interested in chatting with Ernie Johnson, Kenny Smith, Charles Barkley and Shaquille O’Neal, though he wasn’t exactly getting peppered with great questions.

One exchange stood out as particularly awkward. Barkley attempted to elicit a response regarding Durant’s recovery process, but his phrasing allowed Durant to answer with a simple, “Yeah.”

That opened the door for the panel to mock Barkley and Durant with their own unenthusiastic responses.

Of course TNT wasn’t going to show that clip just one time. Following the conclusion of the Clippers-Lakers game, Ernie, Kenny and Shaq were cracking up at the reaction shots.

Even Warriors forward Draymond Green, who sat out Opening Night with a foot injury, got in on the fun.

Good to see that the “NBA on TNT” is already in midseason form.