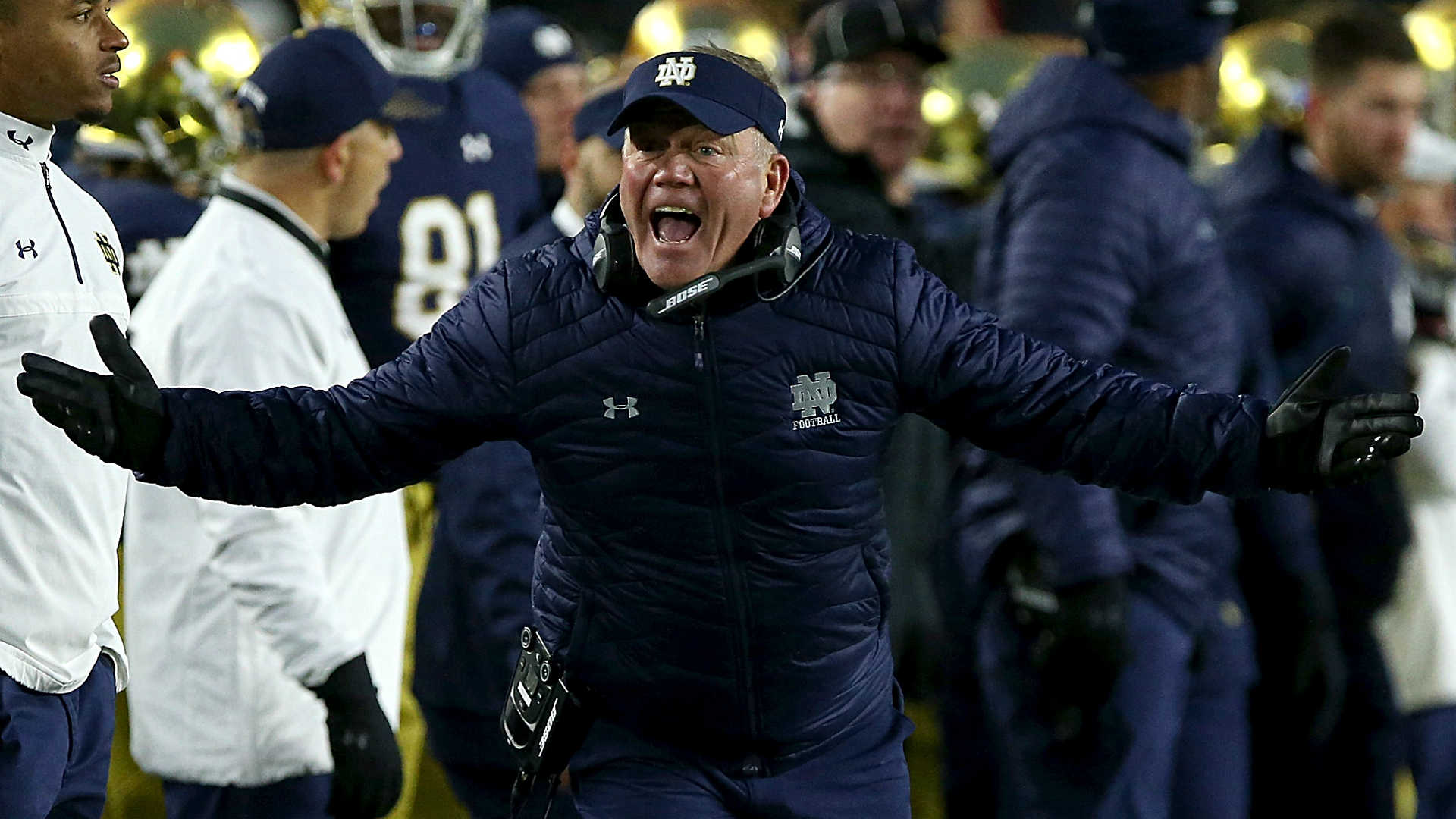 Will Notre Dame become the first college football team to decline an invitation to the College Football Playoff? It’s possible if all the right — or wrong — conditions are met.

Fighting Irish coach Brian Kelly threatened as much during a Zoom meeting with reporters Friday to preview the ACC championship game.

“I’m not sure we’ll play in the playoffs if the parents can’t be there,” Kelly told the reporters. “Why would we play if you can’t have families at the game? If you can’t have families at bowl games, why would you go to a game where your families can’t be part of it? What’s the sense of playing a game in an area of the country where nobody can be part of it?”

DeCOURCY: CFP created a Clemson conundrum only a Tigers win over Notre Dame can resolve

Kelly may have hammered the Playoff on Friday, but his real issue may be with the Rose Bowl, which won’t allow fans to attend because of COVID-19 spikes in California. Conversely, the Sugar Bowl is allowing a maximum of 3,000 fans to attend its semifinal game in New Orleans.

The Rose Bowl’s attendance policy has led some of college football’s power brokers to consider whether another New Year’s Day 6 bowl should assume the role of CFP semifinal. Another option would be to have the Rose Bowl played at a venue other than Pasadena. To date, that has happened only once: in 1942, when the game was moved to Durham, N.C., in the wake of the Pearl Harbor attacks.

Indeed, the Rose and Sugar bowls’ insistence on being played on Jan. 1 every year has resulted, in part, in the current rotating format of the College Football Playoff; it’s why they always serve as the semifinal venues during the same season. That stubbornness might result in an upended 2020-21 bowl season if something can’t be worked out. For what it’s worth, College Football Playoff executive director Bill Hancock expressed hope Friday that the Rose Bowl would ease restrictions and allow players’ families to attend.

Kelly wasn’t the only coach to slam the Rose Bowl for its attendance policy: Clemson coach Dabo Swinney said it would be a “poor decision” and a “mistake” to play a semifinal where players’ families can’t watch, adding he would still feel that way if Clemson couldn’t play in the Playoff.

“It makes no sense to me to put a bunch of kids on a plane and fly them all the way to California to play in an empty stadium,” Swinney said. “That makes zero sense.”

Whether either — or both — of those teams make the Playoff will depend entirely on their Saturday meeting in the ACC title game. The teams are scheduled to kick off at 8 p.m. ET in Charlotte, N.C.