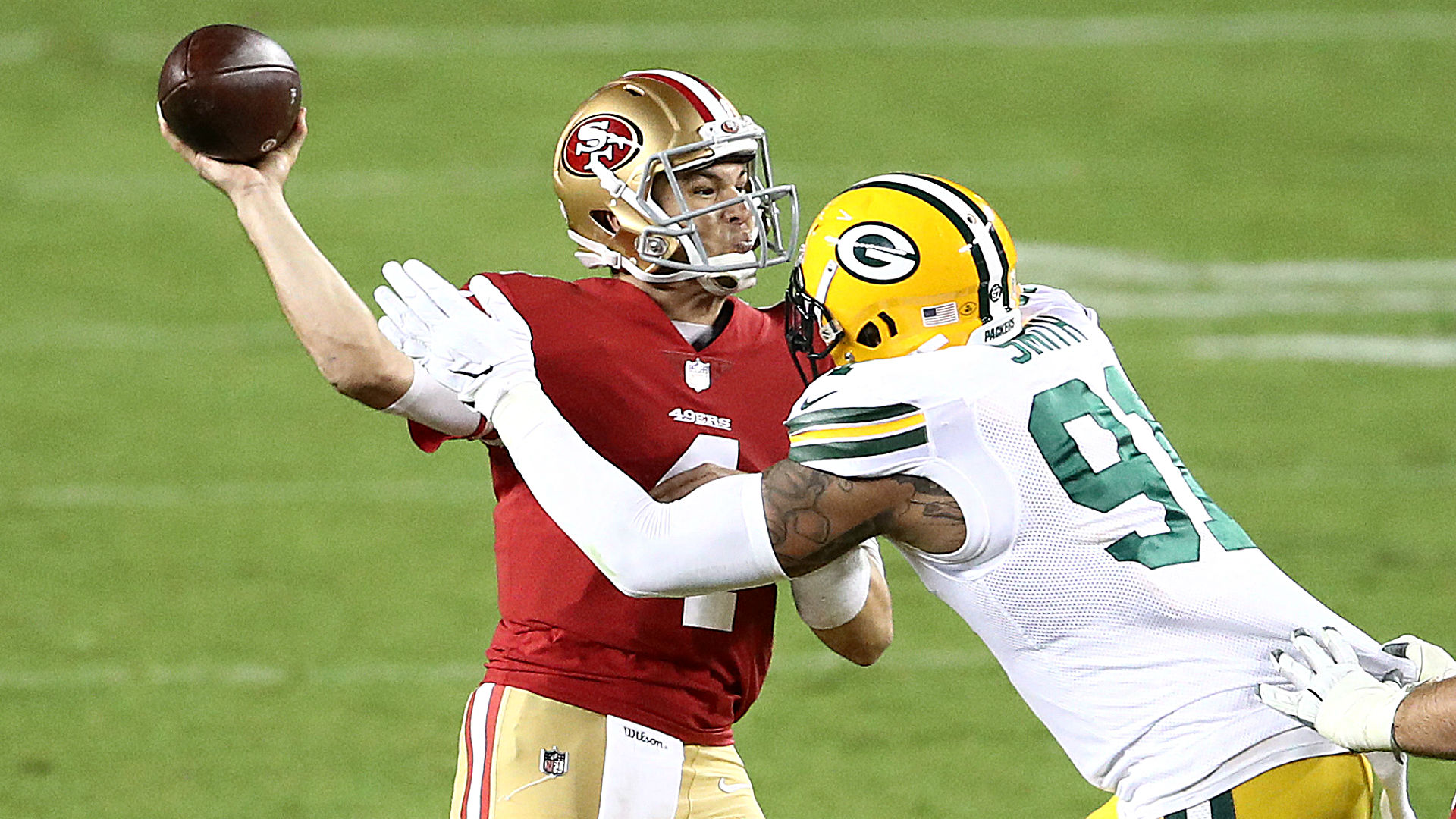 The NFL made the decision to allow the Packers and 49ers to play Thursday despite COVID-19 concerns on both sides during a short week.

It led to a one-sided blowout. Green Bay won 34-17 and the second half could have been mistaken for an exhibition when the 49ers were on offense.

This was nowhere near last year’s NFC championship game, which was at least a competitive blowout. The end result might not have been avoided even if the teams waited until Sunday, Monday or even Tuesday.

That’s a byproduct of the league’s decision. San Francisco continues through a season that cannot be considered a Super Bowl hangover because, well, hangovers are never this bad.

It is looking as if #49ers WR Kendrick Bourne’s test from yesterday was a false positive, according to source close to him. He and three others who live with him have all tested negative. Still, he, Brandon Aiyuk, Deebo Samuel, Trent Williams must remain on COVID-19 list today.

Brandon Aiyuk, Kendrick Bourne and Deebo Samuel were three of the 49ers’ top four targets this season. Kittle was the other. As a result, backup quarterback Nick Mullens was throwing to a cast that included Richie James, Trent Taylor, Ross Dwelley and River Cracraft. Those four came into the game with a combined 15 catches for 177 yards this season and likely were the subject of several “Who is?” Google searches during the game.

The 49ers (4-5) were at a competitive disadvantage against the Packers, who had COVID-19 issues of their own. Third-string running back A.J. Dillon tested positive on Monday and backup running back Jamaal Williams was considered a “close contact.”  Running back Aaron Jones was active after missing the last two games, but had Jones sat out, the Packers would have been down to Tyler Ervin and Dexter Williams, who had a combined four carries coming in.

The Packers (6-2) also had to make a West Coast trip after their facility was shut down Monday. So why did the NFL let this game happen on a short week? The short answer would be that the Packers already had their bye in Week 5 and a postponement would have created another scheduling hurdle.

Things won’t get easier in the second half of the season. CBS Sports reported Thursday that 40 percent of NFL teams had at least one COVID-19 case this week. The United States set a single-day record with more than 120,000 COVID-19 cases Thursday.

College football will face the same hurdles, but the Power 5 conferences are playing abbreviated schedules of between six and 10 games. Programs such as Florida and Wisconsin have had to take extended pauses, but it’s easier to cobble together a four-team playoff than a 16-game season.

The NFL has already had talks about expanding this season’s playoff field from seven teams in each conference to eight, perhaps as self-defense for the mess that could be created by COVID-19 in November and December. Will the NFL have to shorten the regular season? That’s an uncomfortable question that could come up.

MORE: How a 16-team playoff would work

Was it the right call? It’s hard to say either way. The 49ers are an extreme case because the team has dealt with a ridiculous number of injuries, but COVID-19 definitely affected play. The product suffered, and it felt more like a late-season throwaway game than a midseason game between two NFC playoff contenders.

Unfortunately, this won’t be the last game like it in 2020.

There are several more difficult decisions to come