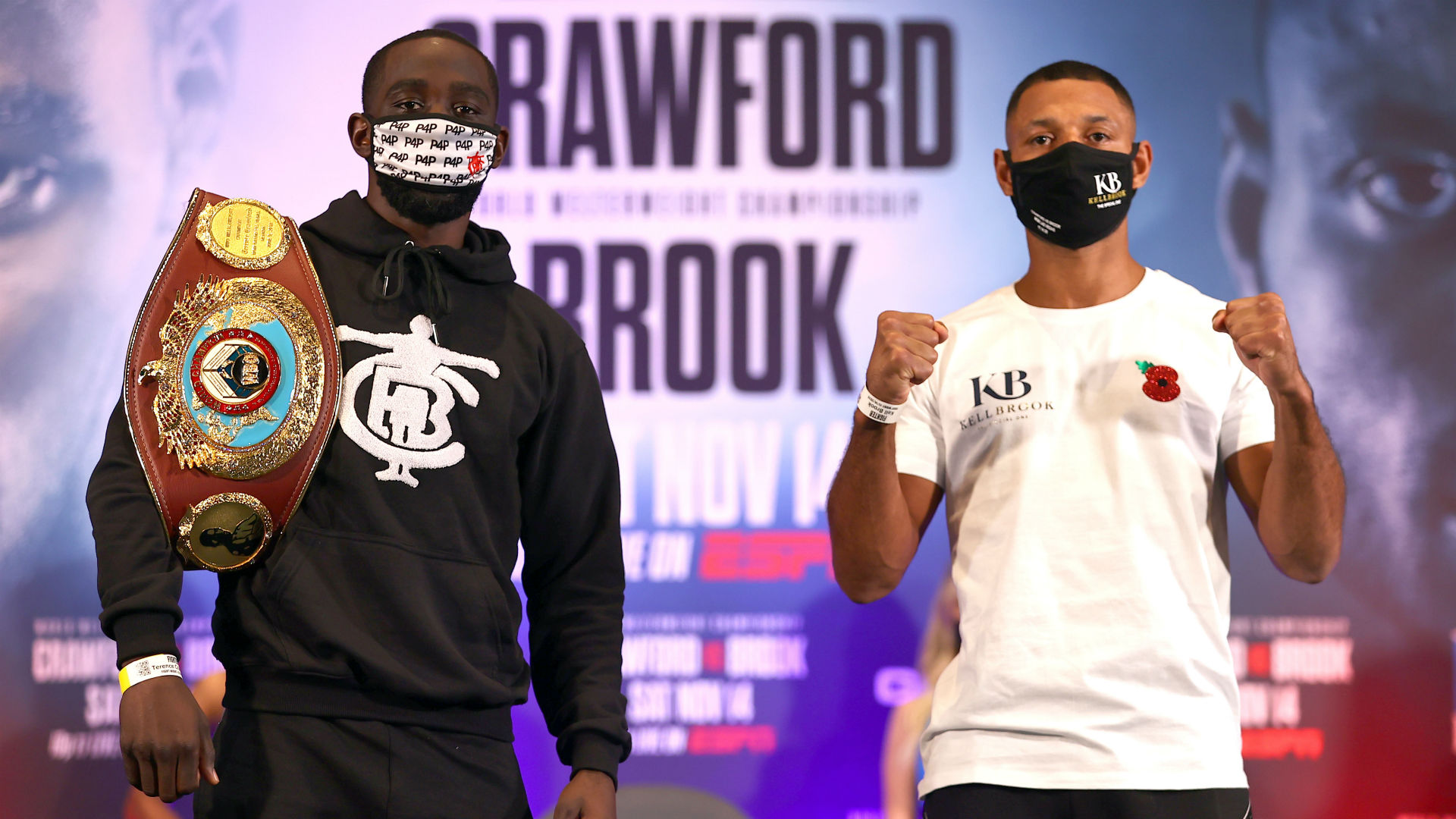 Terence Crawford makes the fourth defense of his WBO welterweight title when he takes on Kell Brook on Saturday, an unexpected opportunity for both fighters in what is a unique and unusual year.

The undefeated Crawford may have hoped for a bigger name to be in the opposite corner but circumstances — including a coronavirus pandemic that means this bout will take place in Top Rank’s MGM Grand bubble in Las Vegas — have contrived against him.

So, rather than potentially not be in action at all in 2020, “Bud” instead faces Brook, a former champion at the 147-pound limit who aims to prove he is not done just yet at the highest level.

The Englishman knows how to produce a big performance in the United States too, having dethroned Shawn Porter to claim the IBF belt earlier in his career. However, that impressive points win was six years ago; since then, Brook has suffered serious injuries in and out of the ring, as well as taken a giant leap up to take a brave crack at Gennadiy Golovkin.

His days campaigning at welterweight appeared over when his reign in the division was ended three years ago by Errol Spence Jr., one of the fighters Crawford hopes he will eventually get to face in a lucrative unification showdown.

Brook’s struggles in making weight did not help him when he took on Spence, nor did a damaged left eye suffered during proceedings. He had suffered a broken orbital bone in his right eye against Golovkin previously, the injury coming during a first career loss.

A product of the famous Ingle Gym in Sheffield, England, the challenger now has a new trainer — Carlos Formento will be leading his corner — and a renewed determination to seize the chance that has come his way.

“I just believe that it’s come at the perfect time where I’m professional, I’m not cutting corners anymore because there’s no room for error,” Brook told Stats Perform News.

“It’s just come at the perfect stage where I’m disciplined, I’m focused and I know what it takes to be the very best in the world.”

Brook was dead-on 147 pounds at Friday’s weigh-in, silencing any doubts over potential issues on the scales. With training done, now he just has to solve the boxing conundrum that is Terence Crawford. So far, all the rest to take the test have come up short.

Crawford fought twice in 2019, stopping both longtime Brook rival Amir Khan and Egidijus Kavaliauskas inside the distance. He had won the WBO strap the previous year, beating Jeff Horn following the Australian’s stunning upset over Manny Pacquiao, another potential opponent for the near future.

Yet despite being a three-weight world champion on a 36-fight winning streak, the switch-hitting southpaw is still seemingly chasing a career-defining outing that pushes him beyond the interest of boxing fans and into the general conscience.

Beating Brook is not going to do that, but Crawford has shown no signs in the build-up of taking his next foe lightly. There is too much on the line when looking beyond this weekend.

Brook looked good on the scales but has not fought at welterweight since that tough Spence loss in May 2017. He had gone well in the opening rounds on that occasion and while looking more like his old self when taking out Mark Deluca in February of this year, that bout was at 154 pounds. It is now or never for him as he hopes gambling in Vegas will pay off spectacularly.

Tale of the tape

The best of the rest on the bill sees Joshua Franco and Andrew Moloney meet in a much-anticipated rematch at super flyweight.

Franco won the first meeting in June at the same venue, in the process becoming the new WBA champion. It was a maiden loss as a pro for Moloney; the Australian will be out to gain revenge on Saturday.

Unbeaten duo Raymond Muratalla and Tyler Howard are also in action, along with a bantamweight battle between Joshua Greer Jr. and Edwin Rodriguez.

What the fighters have to say

Brook on his future: “I’m not looking at this fight as his last fight, or his last chance. I’m just going in there and thinking that this is the best Kell Brook that’s going to be facing me this weekend and just worry about what I can control and make sure that I do everything in my power and my will to win the fight.”