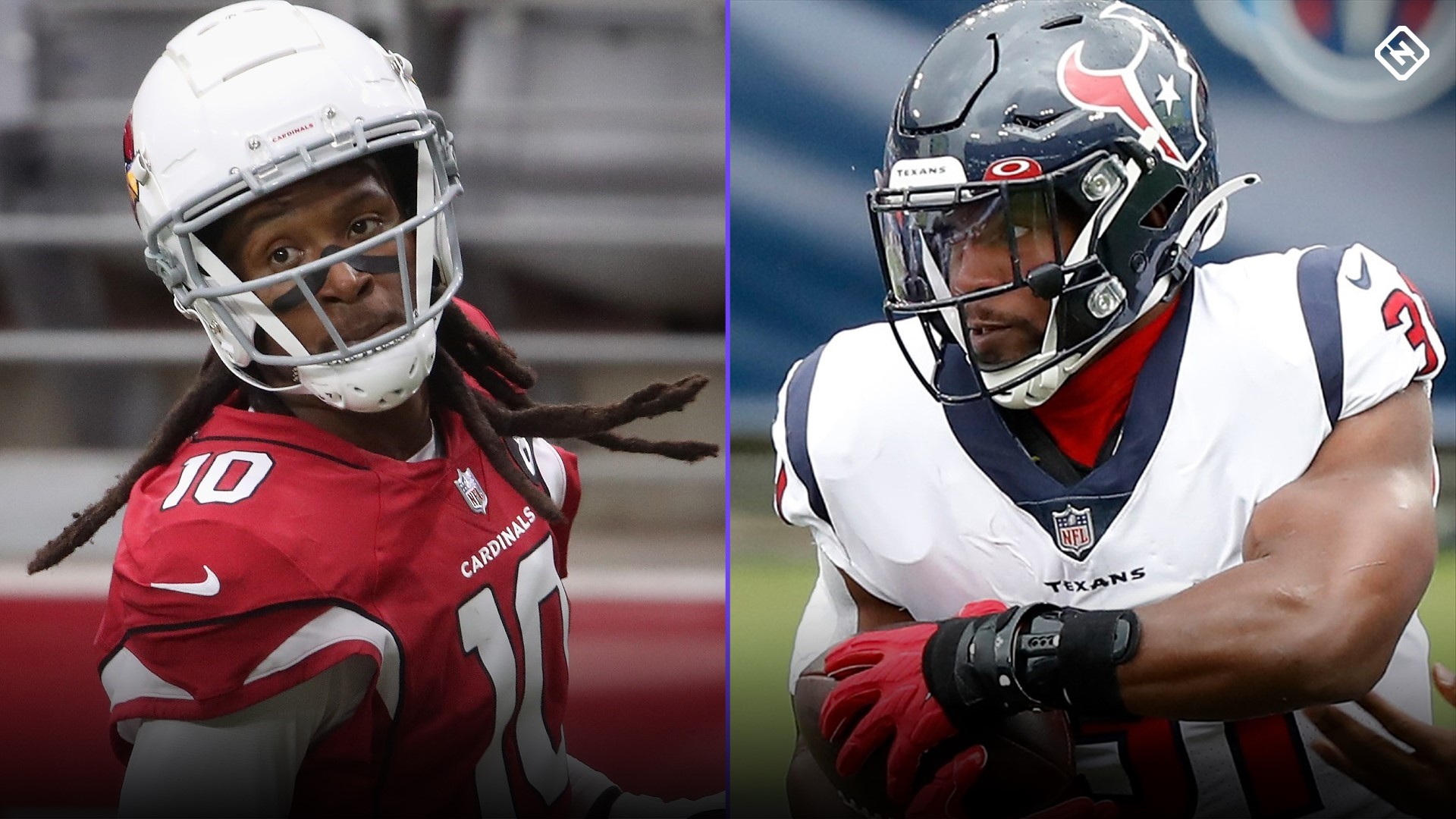 When the Cardinals acquired wide receiver DeAndre Hopkins from the Texans in the most shocking trade of the 2020 NFL offseason, it was immediately known as one of the most lopsided trades in NFL history. When grading the move in March, Sporting News gave Arizona an easy “A” and Houston a definitive “D”.

Turns out, the Cardinals didn’t get enough credit for one of the best-ever deals and the Texans should have been lambasted a lot more.

Nine games into the 2020 regular season, the returns on the trade showed the Cards have come up all aces with Hopkins while the Texans keep folding, no longer employing the man who made the trade, former coach/GM Bill O’Brien.

Hopkins, still only 28, has been as advertised as an elite go-to wide receiver for second-year quarterback Kyler Murray, stamped by his 43-yard game-winning Hail Mary TD reception against the Bills. Hopkins, in his first season with Arizona, so far, has caught 67 of his 88 targets for 861 receiving yards and 4 TDs. That puts him on pace for 119 catches, a career high, along with 1,530 yards and 7 TDs.

Even with no contributions from now-injured rookie defensive tackle Rashard Lawrence — the player drafted with the fourth-round pick the Cardinals got with Hopkins — they have owned the trade more than anyone could imagine.

MORE: Why did the Texans trade DeAndre Hopkins?

The Texans got running back David Johnson and his hefty contract in return, as well as a second-round pick. Johnson put up only 408 yards rushing, 16 receptions, 161 receiving yards and 4 combined TDs in his eight games, before he landed on short-term injured reserve with a concussion suffered against the Jaguars in Week 9.

With that extra second-rounder, the Texans took defensive tackle Ross Blacklock. Blacklock initially has seen very few snaps in their rotation, struggling in a front seven that needs help as the worst run defense in the NFL, giving up 167.4 yards rushing per game at also a league-worst 5.2 yards per carry.

Let’s hope the Texans find a transcendent steal of player with their acquired fourth-rounder in 2021, because for now, they simply made a horrible trade that didn’t save them much money or make their team better.

What’s really sad is what could have been with Deshaun Watson in 2020. Watson went from constantly overachieving despite O’Brien reined-in offensive coaching to now proving he can dig deep to become an even better all-around quarterback without Hopkins. Watson is rating a career-best 107.0, on pace for a career-high 32 passing TDs and 4,513 passing yards. His adjusted yards per attempt have shot up to an unprecedented 8.9.

All of that is going unnoticed because the Texans have dropped to 2-7 after winning two straight AFC South titles. Don’t confuse this with Watson being just fine with the Texans replacing Hopkins with a combination of newcomer Brandin Cooks and Randall Cobb flanking his new No. 1, Will Fuller. Instead, this hints at how high Watson’s ceiling could have gotten with Hopkins, in better position to lift his team into playoff contention through defensive issues — much like Murray is doing with Hopkins in Arizona now.

The Texans gave Watson a lucrative contract extension but took away his primary, familiar weapon as he enters the prime of his career. During a season when Houston needed to be more explosive and offensive-minded than ever, Watson is capable of doing only so much now.

Elite, consistent wide receivers are rare in this league. When a team has one, it usually doesn’t let him get away, especially when attached to a top-flight passer. The Cardinals recognized the need for Murray to be paired with a player such as Hopkins. The Texans failed to realize how much they closed their window for success with Watson — and getting him a high-price, aging, wearing-down running back was no consolation.