What channel is Chiefs vs. Raiders on today? Schedule, time for ‘Sunday Night Football’ in Week 11 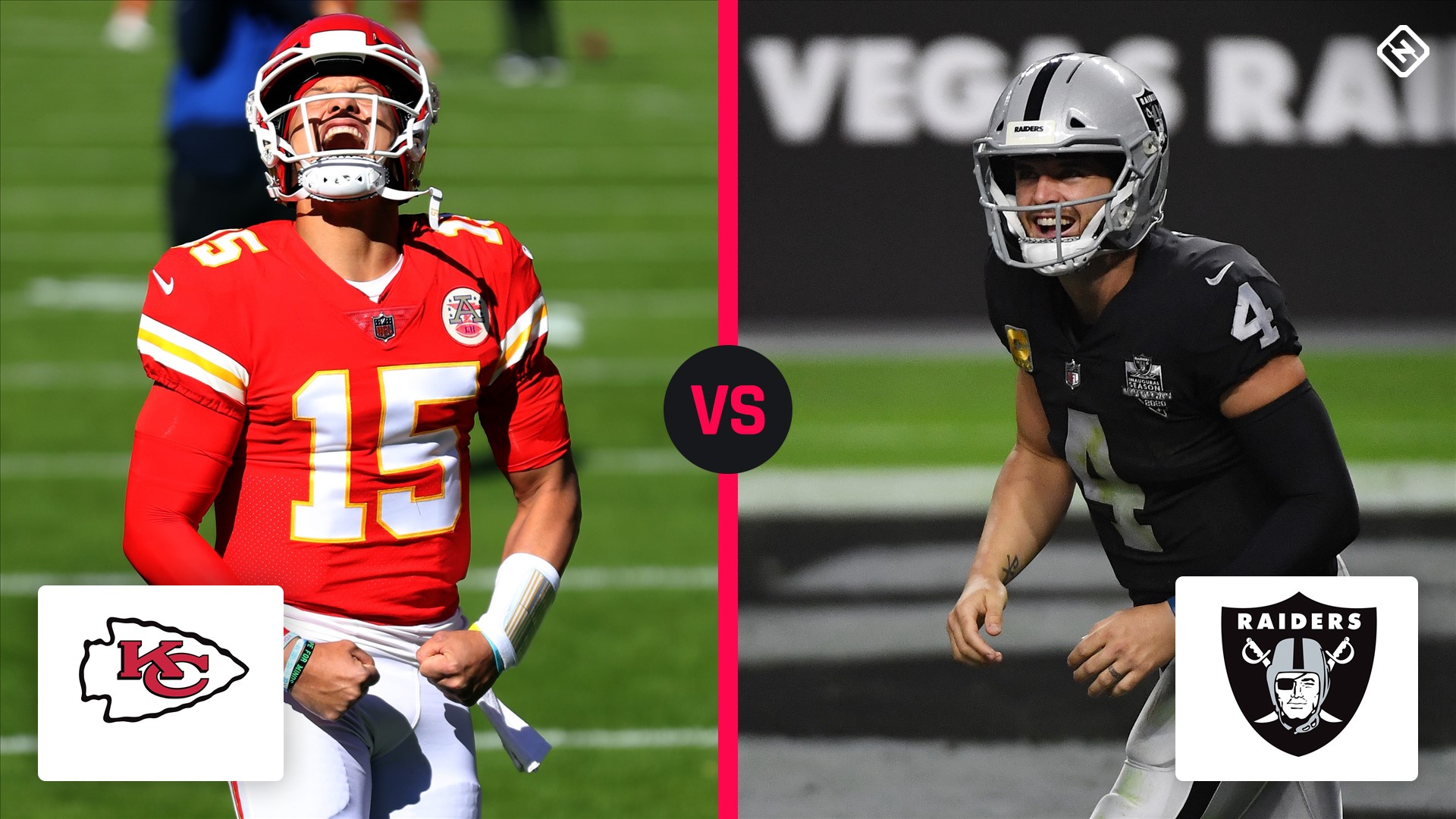 Week 11’s “Sunday Night Football” will feature one of the NFL’s best quarterbacks against a team that beat him earlier this season.

Patrick Mahomes and the Chiefs (8-1) only have one blemish this season, and that came at the hands of Derek Carr and the Raiders (6-3) in Week 5. That was a 40-32 home loss for Kansas City, so now traveling to Las Vegas will present the added challenge of a road game against a team that already knows how to win this matchup.

Mahomes hasn’t lost a prime-time game yet in 2020, though, going 3-0 when the lights are shining brightest. He’s thrown nine touchdowns in prime time compared to no interceptions. The Raiders will likely count on a Josh Jacobs-led running game and a defense coming off a four-interception week to find a way past Kansas City yet again.

Below is everything to know about this week’s “Sunday Night Football” game between the Chiefs and Raiders in Week 11.

What channel is Chiefs vs. Raiders on today?

The usual gang of Al Michaels as play-by-play and Cris Collinsworth as the color commentator are back in the booth with Michele Tafoya working the sidelines.

Below are the top TV markets in the United States and the NBC affiliate/TV channel for each.

In Canada the game is live streamed on DAZN and is also on TSN and CTV2.

What time is the Chiefs vs. Raiders game on?

All “Sunday Night Football” games in 2020 have the same set start time of 8:20 p.m. ET. There are Sunday night games scheduled for every week of the season except Week 17, though the NFL has the ability to flex a game into a Week 17 SNF window.

While the start times for all “Sunday Night Football” games in 2020 will go unchanged, the teams featured in the time slot can be altered beginning in Week 5.

The NFL has a flex scheduling procedure that allows for “quality matchups on Sunday night in those weeks and gave surprise teams a chance to play their way onto primetime.” Here are the key rules for flex scheduling:

— The game that has been tentatively scheduled for Sunday night during flex weeks will be listed at 8:15 p.m. ET

Because NBC broadcasts all “Sunday Night Football” games, they are available to stream on all of the network’s online platforms. This should be the preferred method for those who have a cable/satellite subscription but can’t get in front of a TV.

For cord-cutters, there are plenty of live streaming options for “Sunday Night Football.” Below are all of them.

In Canada, the game is available on DAZN, which live streams every NFL game.