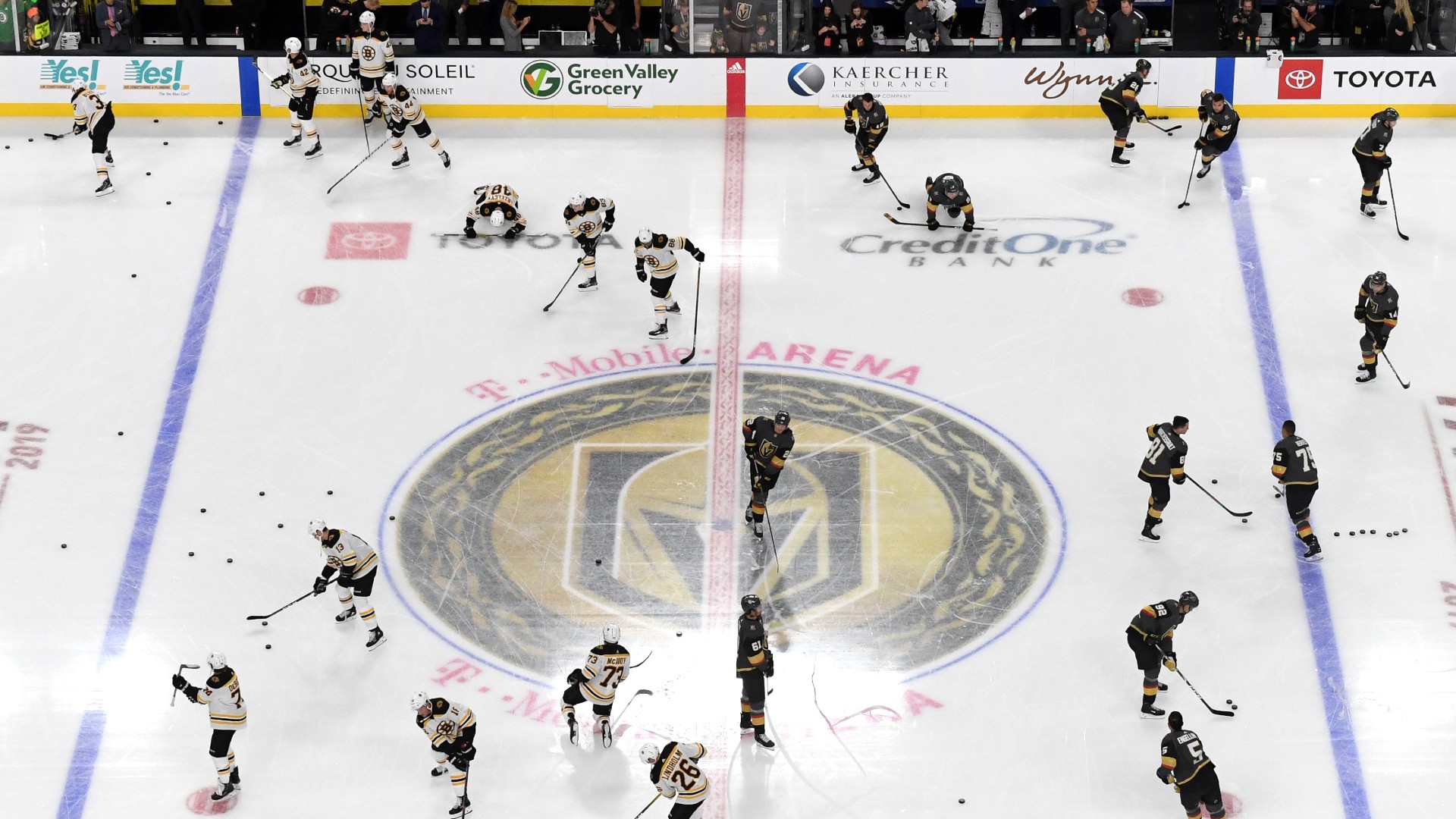 It looks like the NHL’s 2021 season is full steam ahead.

Originally, commissioner Gary Bettman was optimistic that the new season would begin on Jan. 1; however, there were a few hiccups along the way that needed to be sorted out.

Now, with the biggest hurdle (finances) in the rearview mirror, there is reportedly a new timeline and we may see the puck drop in just a few weeks.

Of course, nothing is set in stone or even close to being officially official, but here’s a breakdown of everything we know regarding the NHL’s potential return.

When does the NHL season start for 2021?

According to ESPN’s Greg Wyshynski, an NHL team executive told him the season is expected to begin Jan. 13. It was confirmed on Dec. 7.

Sportsnet’s Elliotte Friedman added that non-bubble partakers would open camp on Dec. 28 and the remaining 24 teams would hit the ice on Jan. 1. On Tuesday, TSN’s Frank Seravalli reported that camps would open Jan. 3.

As of Dec. 17, there has not been an official announcement but players have begun to cut ties with their European clubs or packing up their offseason home to head back to their NHL cities.

Per his Instagram, it appears as though Calgary Flames winger (& leading scorer last season) Matthew Tkachuk is about to return to town to quarantine in preparation for a potential NHL training camp pic.twitter.com/ZXtHBPf0qb

How many games will be played?

In that same tweet from Wyshysnki, his source also confirmed a 56-game season. That makes sense, because things have to wrap up by a certain date.

As Golden Knights owner Bill Foley noted in a radio interview in October, NBC is the home of not only the NHL postseason but also the Olympics, which are (fingers crossed) set to take place in late July. Foley also may have hit the game number on the head in that interview.

“If we play 56 games in four months, that’s a lot of games,” he said of a probable truncated season and why he kept No. 1 goalies Robin Lehner and Marc-Andre Fleury in Vegas. “There’s not going to be a break. There’s going to be a lot of back-to-backs. In theory, we’re going to play four games a week to get this season done. Maybe even more — five games a week.”

Bettman also noted in November that a goal of the league “is to get back to a normal schedule starting [next] fall and being done before July on a longer-term basis. That is the goal.”

So, basically, the plan is no summer hockey this year and therefore a shortened season.

How will games work?

There have been mentions over the past few months regarding how the NHL will function in regard to games. One thing that is clear is that there will not be a season-long bubble. The toll it took to be isolated for weeks to months during the Stanley Cup playoffs, depending on how deep one’s team went, was made clear by players and coaches alike; neither they nor the NHL appears up for that again.

Conversations continue on this topic, ranging from holding games as usual, games in short-term hubs, a hybrid system of both, or even, per ESPN’s Wyshynski and Emily Kaplan, MLB-style series of three to four games at a time. On Dec. 16, Friedman reported that Columbus; Newark, N.J.; Las Vegas and Edmonton/Toronto have been discussed as locations for these hubs.

“You’ll play for 10 to 12 days,” Bettman said Nov. 10 when speaking at the 2020 Paley International Council Summit. “You’ll play a bunch of games without traveling. You’ll go back, go home for a week, be with your family. We’ll have our testing protocols and all the other things you need.

“It’s not going to be quite as effective as a bubble, but we think we can, if we go this route, minimize the risks to the extent practical and sensible. And so that’s one of the things that we’re talking about.”

There’s also the issue of COVID-19 restrictions in California and Manitoba that could impact the Ducks, Kings, Sharks and Jets playing at home. They may have to head to another state to play, a la the NFL’s 49ers, who are now calling Arizona home. The Athletic’s Kevin Kurz noted that the Sharks will probably hold training camp somewhere in the Phoenix area.

And then there’s the newest wrinkle out of Canada. On Dec. 17, Sportsnet’s Chris Johnston reported that the NHL’s seven Canadian clubs may be forced to play south of the border. Johnston stated that the provincial governments in Canada prefer bubbles like summer hockey while the NHL would prefer to not go that route. MLB’s Blue Jays had to, and the NBA’s Raptors are set to, play home games in the United States; however, that appeared to be more related to cross-border travel, and the NHL was aiming for an all-Canada division.

Got this response from a spokesman for the Canada Public Health Agency: “The Government of Canada’s priority is to protect the health and safety of Canadians.”

Here’s where things reportedly get tricky. Say goodbye to the conference and division alignments it took you years to memorize — at least for the 2021 season.

Teams will have to be shifted around for myriad reasons, including keeping travel down, state quarantine restrictions and the Canada-United States border being (possibly) closed. The border, for now, is closed until Dec. 21; however, the date has been moved numerous times since the pandemic began and the closure is expected to be extended.

“As it relates to the travel issue, which is obviously the great unknown, we may have to temporarily realign to deal with geography, and that may make sense, because having some of our teams travel from Florida to California may not make sense,” Bettman said.

“It may be that we’re better off, particularly if we’re playing a reduced schedule, which we’re contemplating, keeping it geographically-centric, more divisional based, and realigning, again on a temporary basis, to deal with the travel issues.”

That all-Canada division is the NHL’s worst-kept secret. Foley actually brought it up during that October radio appearance when asked about playing against the recently traded Nate Schmidt.

“Yeah, but they’re going to be playing in the Canadian division,” he said of the Canucks.

As a number of outlets have discussed different combinations, this is how Sporting News thinks things could shake out based on the current restrictions.

As Sporting News mentioned Nov. 10, how about reverting back to the old Adams Division for this one season?

Last but not least, Patrick Division?

Will rosters be expanded?

As reported on Insider Trading on @SportsCentre, CGY, EDM and VAN plan to leave their AHL teams in 🇺🇸 for 20-21 season – making additional cross-border call-ups quite difficult.

It has been reported that the Canadian NHL teams with AHL affiliates in the United States (Calgary-Stockton, Calif.; Edmonton-Bakersfield, Calif.; Vancouver-Utica, N.Y.) will keep their baby clubs down south. This will make things interesting when recalls will be necessary.

MORE: When will the AHL return? Key dates, NHL impact for the 2021 season

Why did this take so long to get to this point?

It was reported in mid-November that the NHL wanted to tweak the Memorandum of Understanding (MOU) that extended the collective bargaining agreement (CBA) in July, and the players weren’t too happy about it.

Sources say there will be no more discussions on proposed financial changes to the MOU outlining the terms of the CBA. Sunday the NHLPA proposed more deferred money, but didn’t include an increase in escrow percentage at any point. Focus now on a mid Jan start to season.

According to Friedman, the NHL sent the NHL Players’ Association two proposals regarding escrow and deferred payments. In the end, the NHLPA held fast and the NHL removed the request.

MORE: Explaining escrow, deferred payments and how it can impact the upcoming season

Will there be fans?

Still no update on this on a grand scale. As of now, each state or province has its own guidelines on social settings and groups, so this may not be known for a while. Bettman did say during his annual Stanley Cup Final press conference in September that allowing fans is a fluid situation.

“I’m just throwing it out there as a random thought: It’s conceivable that we start without fans, that we move to socially distant fans at some point and by some point in time, maybe, our buildings are open,” he said. “I’m not saying that’s the case, but if you’re thinking through all of the conceivable possibilities — there’s full, there’s empty, there’s a combination — and again, how we start doesn’t necessarily mean that’s how we have to finish.”