Why don’t the Eagles bench Carson Wentz? The NFC East race is the easy answer 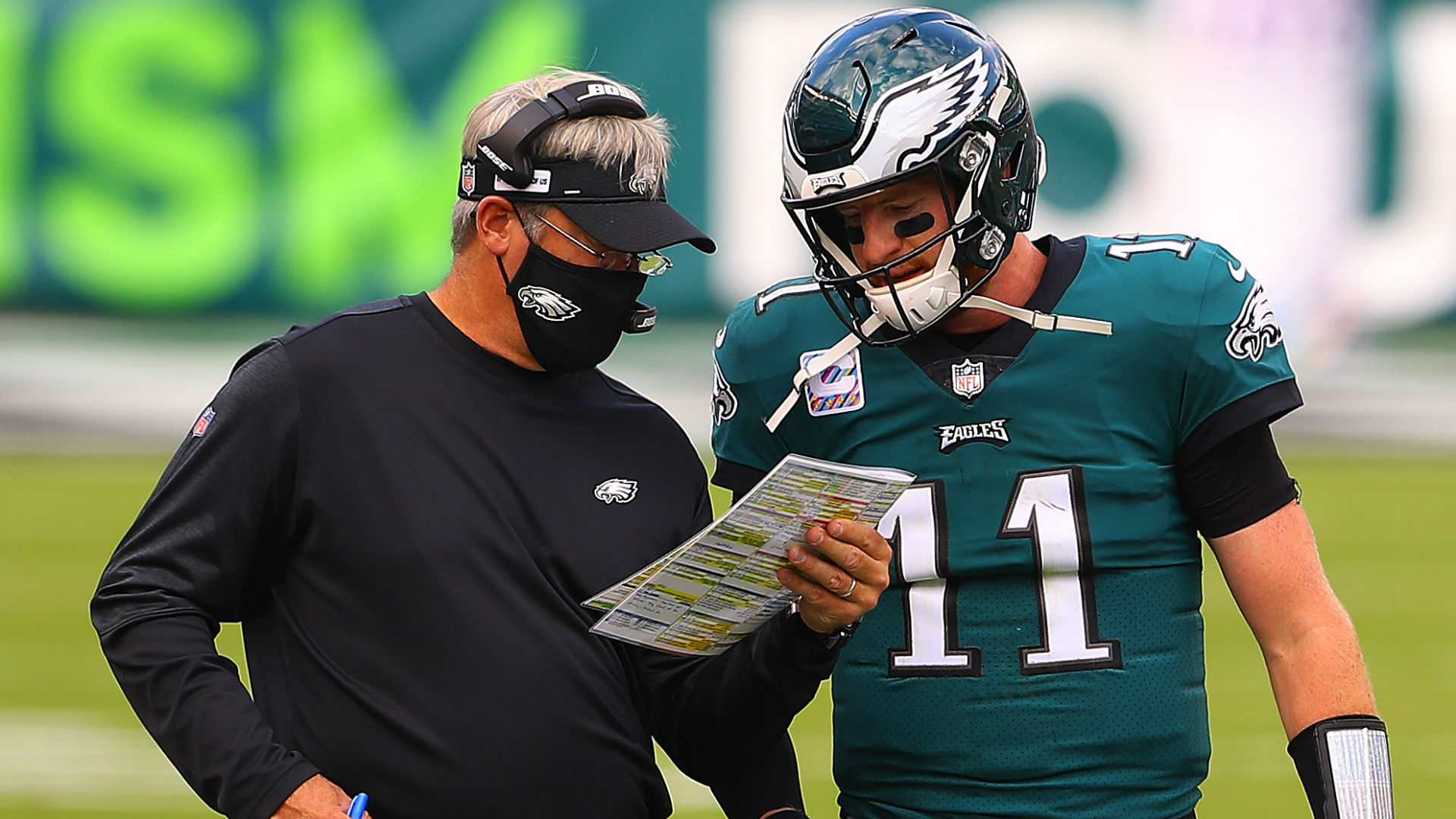 The Eagles currently aren’t in the Hurts business.

The team’s 22-17 loss to the Browns on Sunday has led to cries for Philadelphia to bench Carson Wentz and turn to rookie second-round pick Jalen Hurts, but head coach Doug Pederson hasn’t taken the bait just yet. Even at 3-6-1, there’s a clear reason why: The Eagles are in a playoff race right now, and Pederson would equate that benching to waving the white flag.

While Philly has been anything but special this year, there’s more to the bad year than just Wentz’s play, which Pederson made clear on both Sunday night and Monday morning. While Pederson’s message has been more consistent than his starter’s play, the Eagles turning to a rookie QB in the middle of a playoff race would be tough.

While Wentz’s play hasn’t been inspiring in 2020 (2,326 yards, 14 touchdowns, 14 interceptions, 58.4 completion percentage), the NFC East is still up for grabs. Every team in the NFC East sits with just three wins right now: Philadelphia (3-6-1) paces the group for the moment, though, with the tie vs. the Bengals coming into play.

The Eagles finish the season with the Cowboys and the Washington Football Team in Weeks 16 and 17, respectively. Before that, they play the Seahawks, Packers, Cardinals and Saints — tough sledding for any team and quarterback, but an exceptionally difficult task for a rookie, if Wentz were to be benched.

While there are cries from the fan base to start Hurts, the Eagles still have something to play for in 2020, and Pederson knows as much. At the moment, Wentz still gives the Eagles their best chance to win (especially given their schedule), and Pederson has no intention of making a change, nor should he: Wentz is the franchise guy and they’ll live and/or die by his arm — at least in 2020.

On Sunday night, Pederson made it clear that while Wentz shoulders some blame, it’s not all on his pads:

“If you get to that spot, if you don’t start him or you bench him, I think you’re sending the wrong message to your football team that the season is over. That’s a bad message. We have to work through this. When times get tough, sometimes that might be the easy thing to do.

Pederson is, at least partially, alluding to the porous offensive line that has plagued the Eagles this season: They’ve started 10 different players along the line, which has dealt with injuries all season. The latest is center Jason Kelce, who fought through an arm injury suffered in Sunday’s game.

And for those wondering, Pederson does have the power to bench Wentz, if it comes to that.

“I have the final say because I’m the head coach and I get to make those decisions,” Pederson said Monday.

Before the start of the 2019 season, the Eagles inked Wentz to an extension worth $128 million over four years. The deal also features more than $107 million in guaranteed money.

If the the Eagles choose to move on from Wentz, the earliest they might be able to cut him at a palatable dead cap number would be after the 2021 season.